UP Samahang Linggwistika, or UP SaLin, was first established in 1977

A duly-recognized socio-civic, academic, and non-profit student organization based in the College of Social Sciences and Philosophy, UP SaLin is composed of BA Linguistics majors and language enthusiasts from other courses all over the university.

With its refreshed tagline, “Wika para sa kapwa, kapwa para sa wika,” the organization aims to direct its efforts in creating projects that will promote linguistics and languages using realistic, meaningful, and up-to-date methods, all while allowing its members to develop and showcase their linguistic knowledge and skills.

In this pursuit, UP SaLin advocates the study, preservation, and enrichment of languages, both local and foreign, in academic and social contexts, for the increased linguistic awareness of the individual, fellow students, and the Filipino people for the development of our nation.

One of UP SaLin’s advocacies is the development and full realization of the Mother Tongue Based-Multilingual Education (MTB-MLE) policy in the Philippines. Recognizing the rich linguistic diversity in the country, the aims and projects of UP SaLin are for the betterment of the diverse Filipino people. The organization sees that the understanding of language as a whole, as well as the awareness and appreciation of Philippine languages in particular, are vital in our development as a nation of diverse peoples.

In this light, and in strengthening its newly reassessed identity in 2020, UP SaLin’s logo represents a bangka over the tide. The bangka itself symbolizes the role of languages in connecting and unifying people. The logo also references the rich history of early Filipinos in the archipelago and its surrounding regions, along with the organization’s leadership and membership seeking to grasp the deep fountain of knowledge that is language. 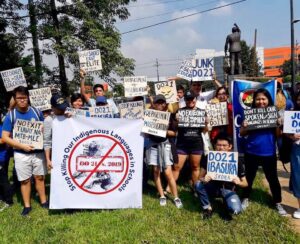 The SparkLINGG Core Group, comprised of Linguistics majors led by the duly-elected department representative, serves as the volunteer arm of the Department of Linguistics.

As of the First Semester of AY 2021-2022, the Core Group is composed of three committees: Palaugnayan, the Students’ Rights and Welfare Committee, which will handle the coordination within the department, external relations, and finance; Palasurian, the Education and Research Committee, which will launch campaigns, write statements, and head educational discussions; and Palatitikan, the Publications and Secretariat Committee, which is in charge of creating publicity materials, logistics, and internal affairs within the Core Group. SparkLINGG is also open for project-based memberships throughout the school year.

For more information or inquiries you may contact Janina Navarra, the incumbent Linguistics Department Representative, via email (jnavarra@up.edu.ph), Messenger (m.me/chickenpesto), or text message (0917 758 1747). 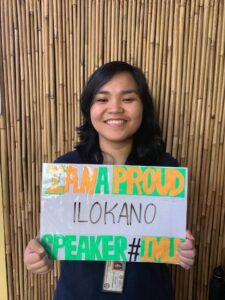 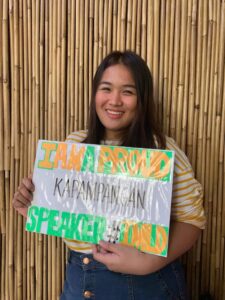